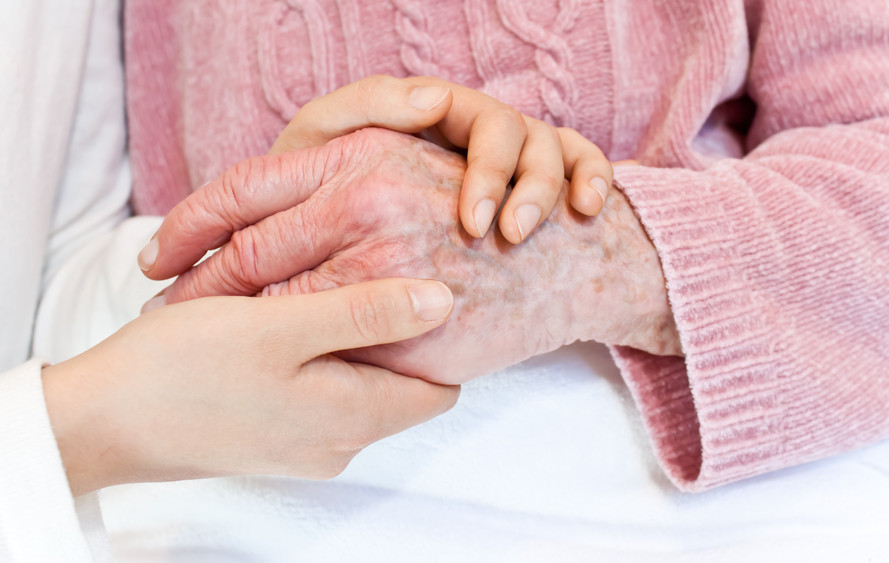 Her death came in a way that devastated me. Veteran caregivers told me that that was my baptism of the reality of what caregiving is really is. That it would teach me a lesson, hardened me and this are all part and parcel of the job so I shouldn’t dramatized everything. They just might be right because I would save myself unnecessary emotional pain.

I knew the end was very near. I was informed by the doctor it could happen within the next three days. I can see the signs like her abnormal breathing patterns, her hands and feet were abnormally cold and starting to bloat, sometimes she moves her hands like she was trying to hold or catch something in the air. I dutifully informed the family on what’s happening. All her children and their wives and husbands came to visit in interval even the one who is quite far away. I was happy. They say hearing is the last to go so I assumed Malka can still hear her children. I hope that she was happy and can hear her children.

Early morning the next day, the nurse on duty was the least I like. As usual when I arrived, I hold and rubbed her hands, talked to her, greet her good morning and just talked like its normal. Amazingly, she moved her head and turned her eyes towards me as if she can see me! She smiled and my tears fell down as we look at each other. Her lucidity didn’t last longer than a few seconds.

I went out to buy some bottled water from outside and when I came back the nurse was standing by the bed, looking out of the window. I was surprised, she never did that but who am I to question her? I sat down on one of the uncomfortable chairs I borrowed from the waiting area. I didn’t see her moved or did anything because I got engrossed reading my book. I didn’t even notice when she left. Ever since we arrived at this god-forsaken hospice, I just had this instant, automatic feeling of not liking her.

The other old woman in the room who usually is very quiet started to get agitated, demanding water which she didn’t want, asking me to change her position on the bed. I didn’t mind doing it and it was not the first time I help her with small things like getting her a glass of water but I was getting annoyed because she demands my attention every 15-20 minutes which was very unusual. She wanted a lemon and I told her where will I get a lemon, instead she screamed she wants a lemon. Fortunately, the assistant got a lemon from another room but the old lady didn’t want it anymore. The whole morning she was like that and I thought “Oh my God! This is the end for this lady” for I have read that agitation and crazy behavior is a sign of near death.

All the while, Malka went on sleeping. I noticed her breathing was faster than usual. I was getting tired with the other woman so I went and stick my face outside the window to cool down. As I turned back, my eyes caught a strange small syringe stuck into the saline solution which is flowing into Malka’s thigh. I had no idea nor any suspicions about that strange syringe. Lunchtime came and Malka was awake, her breathing was getting really labored. Strangely, she was looking at me while I chafed her cold hands. I had no premonition but I was getting concerned about her breathing. I know better than to bother the nurse. I got tired from sitting on the edge of the bed so I decided to change her position so I can sit down properly. I yanked the blanket away so I can move her feet and got the biggest shock of my life!

Her toenails turned purple and her legs was already mottled. I know I screamed and screamed for the nurse. She came, look and left. I don’t exactly remember what happened but I know I was sobbing while I went to hold Malka’s hands. She was staring unseeingly while her breathing becomes more labored. I don’t know how long it was until I came to my senses. I called the daughter and told her to come immediately and she said she will call the others and they will come as soon as they can.

It took an hour before one of the sons arrived. By that time, many things had happened already. She went twice into a seizure or a convulsion. The first one became my nightmare for several months afterwards and I still shudder when I think of it. I was not prepared for that kind of event. I thought when a person naturally dies, they do it slowly and quietly. And the purplish toes and mottled limbs will only occur when the body is already dead, not when the body is still fighting for breath! But later on, I learned it was not a natural death. I don’t know why but she was given morphine which was the syringe I saw.

When she went into the first massive seizure I was bending on the bed trying to comfort her in a broken voice. Suddenly she yanked me forward, face to face. Her face went into a horrible mask, rolling eyes, foaming at the mouth, and the strength of her grip on my hands were unbelievable. Her head and whole body were hideously jerking, not simultaneously. I think it happened in a minute but I was frozen in shock. A middle aged man whom I never saw before, perhaps a visitor who saw the whole thing because the door was open and heard me scream, pulled me back and gave me a bottle of water.

The water brought some senses back and the man was with me when a few more minutes later she went into another massive seizure. I was still in shock but at least I had the presence of another person beside me while we prevented her from falling down from the bed. Malka was very near the edge of the bed because of her jerking and her upper body was elevated by pillows because I thought it would help her breathing. After the two massive seizures, Malka’s breathing was more labored through the mouth and her whole body was limp. Her eyes were eerily halfway closed. Her mouth loosely hanging open, jaws askew. The unknown man was talking and I was answering on auto-pilot as I cannot help but stare at Malka. I was still in a shocked mode. I did not expect that she will die this way.

The rest of the family eventually arrived. They started to discuss arrangements. The strange man left and I didn’t even say thank you. I was just numbly sitting on the chair. I hear the family demand for a doctor and I sat quietly on the side, even managed a few smiles and conversations. It wasn’t long, maybe 4 hours, before her breathing stopped altogether after several small jerking seizures. The doctor came and pronounced her gone. The nurse came to close her eyes.

I was feeling very weak and I can feel myself starting to tremble. I look at Malka and I cannot see her anymore. She was already an empty shell. I wanted to go and say goodbye to the body but I was afraid that I will break down. So I glibly said goodnight to everyone and that I will stay with a friend for the night. I was numb. I want solitude so I went home to my apartment, which was empty during the weekdays.

The grief was frozen inside me. For several weeks, I cannot sleep properly. I wanted to vent my grief, I wanted to weep but it was just frozen inside me. But hey, time does heal away the grief. It was a lesson but somehow, to work with old people again with the same set-up, how can you prevent yourself from getting involved? To care is to become human, so again I am opening an intimate door of myself to my new patient. Caregivers cannot be caregivers without caring.