Finally, I Gotcha! (Married to a non-religious Jew) 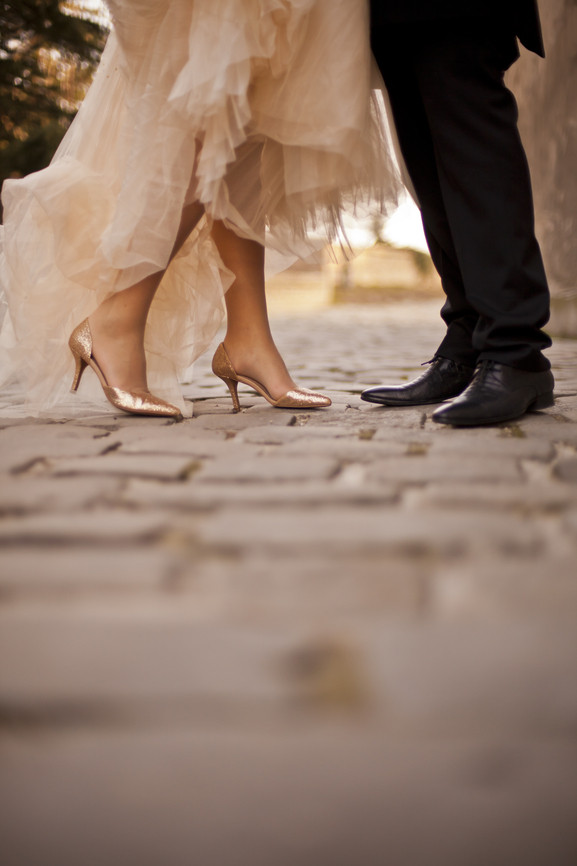 Everyone deserves to feel love. I do believe that if everyone will make love as the center of his existence, there would be no envy, greed and hate that leads to war that leads to famine and destructions that results to unnecessary suffering and death. Newspapers and televisions are so full of it. I don’t know how people could be so blase at the pictures of destruction on the front-page while eating breakfast and going on to have a good day.

So it feels like a refreshing breath of fresh air when you meet someone brimming with love. It gives you a whiff of what fairy tales are talking about. That even though in the midst of all, love is always working, repairing slowly the fabric of humanity that we are bent on destroying.

I met this lady very briefly but there is something that made me notice her. It’s a fleeting feeling that I pursued and I found out her story which she is willing to share albeit anonymously. Their love story was not the purpose of the interview but she was willing to share it. Why not? Romance is the essence of life! (lol)

Jen (not real name) came to Israel on August 2005 to work as a caregiver. She was the 5th child of a family of ten. After a year in Israel, she met her now husband through Friendster and went on to become good friends. (See the power of internet? Makes the world smaller and strangers closer!) And from good friends it graduated to something closer and intimate that lasted for three years. The relationship was going strong despite the time and location, especially for Jen who was working as a live-in caregiver. Her then boyfriend works in Tel Aviv and she was in Jerusalem.

Life is a cycle, the same with relationships. Loaded with money, zero in love or vice versa. Happy today, tomorrow you’re in tears. Jen, secure with the knowledge that she was loved, got the lightning shock of her life. Out of the blue, somebody called her and identify herself as the wife. I can’t imagine how it must have felt to be left suddenly hanging in the outer space! She thought her boyfriend was divorced when in fact, he is not, only separated and still in the process of divorce. So with crippling pain she cuts off immediately all the communication despite his pleadings to see him and begging to answer the phone. She just buried herself at work. For two years, she shuts her ears and turned blind eyes even when he comes to her work and pleads his case.

Eventually, the pain of betrayal eased and one time, softened from the pleadings and begging, she agreed to join him for dinner. It was her birthday, so she can afford to be generous. The dinner was the catalyst and slowly the relationship rise from the ashes again. To make the story short, during the two years of separation, her boyfriend-turned husband fixed the mess in his life, meaning he is now legally singular. You never realized the value of a person until it’s gone. Now they are planning to get married this December in the Philippines.(It’s more fun in the Philippines!) His children accepted her and the in-laws got no fangs. Jen believed he has remained faithful to her for the two years they were separated despite the number of women panting after him. Well, don’t raise your eyebrows and say “really?” because she got proof. After they got back together, it took another two years for Jen to say the big Yes! Jen quoted her husband “I have run after you for five years”. Isn’t that sweet? Seven years they knew each other, 5 of them spent loving each other. What more do you need? So Jen after seven years of working for her old employer, steps out of her comfort zone and went to meet her destiny :)

Now, back the purpose of the interview. I was curious on the processes of a civil marriage between a foreigner and a non-religious Israeli. I am writing this to give a glimpse, an idea about marriage in Israel and not for any monkey business reason. So please keep your claws sheathed and your poisonous saliva out of my blog...

Since both of them are legally single, there was no big problem. Jen has to provide documents that are “red-ribboned” by the DFA in the Philippines. (FYI, the red ribbon serves to show that the documents has been verified and are authentic.) The documents are Certificate of No Marriage (Cenomar), Birth Certificate and NBI clearance. After that, you have to submit the said documents to the Population Registry at the Ministry of Interior or as it's commonly called as “open the file”. With the three documents are other proofs that they have an authentic relationship like they presented more or less than 30 pictures of them together (pictures wearing different clothes and hairstyles to suggest the passage of time, with friends and family) and the phone history from the phone company that shows her number was dialed by him (Imagine seven years of phone bills!). Then the interview. They were interviewed separately. The usual questions about their personal information and the history of their relationship, how it all began, where do you go for a date blah blah blah. Add to this are 3 letters from friends who will confirm that the relationship is genuine with their Teudat Zehut (ID) and signature. All the information are put on paper and dutifully signed by the couple for future use. For those who have plans to open a file, be careful, fraud is a crime so stick to the painful truth.

After applying for marriage, automatically, Jen’s working visa was cancelled while the application is waiting for approval. During this time, she is prohibited to go and find work until a temporary Israeli ID (Teudat Zehut) is issued. This temporary id is renewed yearly for 5 years then she can get the real Teudat Zehut. Renewal of the temporary ID is accompanied by current pictures to signify that the relationship is still alive. Both husband and wife are interviewed separately so if your answers does not match..... bring out the suitcases. Any recipe out there on how to keep the honeymoon ambience for 5 years?

(Additional info: If within the five years a couple who filed for marriage falls out of lust, ummm pardon me, falls out of love and decided to separate/divorce the non-Israeli partner can lost her legal status and I assume, possible deportation. “I would do anything for love” - luv that song).

After 5 years, they will be scheduled for the final interview. The final interview borders on hilarity because the questions are sometimes of very intimate nature that will imply that you really are married and living with each other. Jen is still a newbie so I ask those who already went thru it what are the questions they asked during this final interview. Questions like “What did your husband ate for breakfast? What is the color of his favorite underwear? Describe how the house look, how your marriage bed look, how it’s arranged, the color of the sheets and so on are asked. It’s a review of the 5 years of living together and how much you know about your partner.

All these procedures sound crazy? Well, this is Israel and this is their law. Also let’s be honest here, many are using marriage to stay in this country. Yeah, this is a goddamned beautiful country, never mind the bloodthirsty neighbors!

Whew! After knowing all these things, cohabitation looks more and more appealing and if somehow by twist of fate I need to cross this bridge, it would be preferable. Hakuna Matata!!! Ouch! My ears, my ears! Grandma, promise I will behave! (That’s from being raised by very Catholic grandparents.) I don’t give a fig about organized religion but traditions and meddling family can’t be avoided... (sighed)

Notice: The above information is to provide general information only. If you have plans to get hitched, please consult the right authority/lawyer.