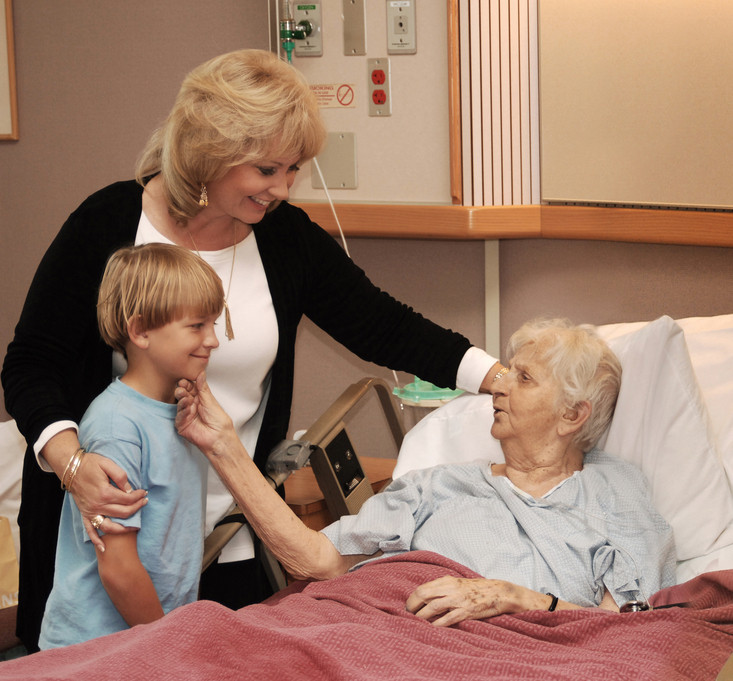 What can I say or do to ease her pain... Nothing. Watching the painful struggle between life and death, it makes me ask why is life unfair? Malka was an orphan, a survivor of the holocaust. She watched her entire family killed, she was put to work like an animal and endured troubles that make me cringe when she was in a good mood to talk. And the feeling of helplessness is like guilt that is eating me from inside. Now I understand why there is a need for support groups or communities for those who has debilitating diseases like cancer and for their families. Watching Malka slipped so slowly and painfully into the unknown abyss was draining me physically and emotionally.

It kills me when she licks her lips and swallow but the water just won’t go down her throat. It’s a painful process and requires patience to dribble some water on her mouth. How can I just close my eyes and conscience when I saw she was still fighting to live even when I know it's not going to make a difference? Perhaps yes, it's an automatic reflex but still....The Arab nurses were no help, often times rude and don’t bother to answer even the simplest query. It takes a few days for me to understand that when it's a hospice patient, only the barest minimum care is given. No need to take vital signs, no need to check her temperature or any other interference. I keep on asking for a doctor to come see her because the second feeding tube put in went into the lungs that when the food went in, she started choking and gasping for air like she was drowning. After that I can feel she has a fever, she was quite hot to touch. But like I said, minimum interference is the game. What I can only do was sponge her body, watched and steeled myself for whatever will come…

The doctor came after two days from the time we arrived which was unfortunately a Thursday afternoon so Friday and Saturday, no doctor. She administered a saline solution for which I was grateful. I knew her body was rejecting food, except she was lucid most of the time staring intently into the picture beside the bed and at me while I talked to her like as if she understands.

I was grateful that Friday because the cleaners came to clean in preparation for Sabbath. My heart goes out in pity to the 2 old women. They are immobile and at the mercy of the nurse and her assistant. No one to change their diapers when its needed only when the next shift comes in after 8 hours or more, help them turn on the side or just to get them a glass of water. Screaming from pain or just making noise by pounding on the metal bed or walls from other patients from other rooms goes on day and night. Others demanding water or food and some just hungry for a little attention. I rarely see visitors. It’s no wonder, it’s a dismal place.

You know, back home I avoided wakes and funerals. It’s only when its really, really unavoidable that I have to attend. I have the tendency to feel really weird. My body would go hot and cold starting from the back of my neck, I would feel as if my hair is standing on end and I can see and feel the hairs on my hand standing up.

As usual around eight in the evening, I left as soon as she sleeps. I used the stairs going up and down and because it was late I have to go down to the main entrance to get out of the building. Just then, the elevator doors opened and out came a stretcher with no passenger but with a big black bag on top. The stretcher was in the way I cannot pass so I had to wait for it to be moved. The man has to sign some papers while I went to stand beside the stretcher raring to go out. I was staring at the black bag when I started to feel hot and cold, my hair feels like its standing out when I realize that it’s a body inside the bag. I can make out the head and the protruding feet, a foot away from my own face. Oh,Shit!

Next day, her daughter surprisingly phone me to say that they are coming for a short visit. They asked me why I don’t use the elevator, I said it’s an exercise. They were quite shocked and upset with the place and didn’t stay for long. I told them the situation but they said there is nothing they can do and it won’t be long anyway.

Days and nights turned into a week. She was not given any more food and only a bag of saline is given in 24 hours. She was sleeping most of the time while I spent my time watching her chest rising as she breathes. I know the end was near. Her skin was getting cool and her eyes when its open is staring unseeingly into space. I was prepared, I already accepted it and I was praying that she will not be alone in the night when the end happens. I dread the nights, expecting my phone to ring.

The end came but not the way I expected it...