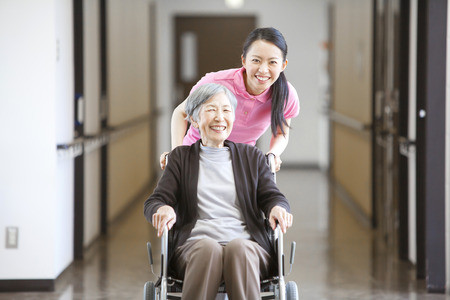 Good news to all Filipinos who wish to work in Japan as caregivers and medical nurses. A member of the House Representative of Japan and from the education and nursing sector in Okinawa wanted to simplify the policy in accepting foreign workers in the country.

As many were somehow disappointed with the current policy, DOLE Undersecretary Bernard P. Olalia said that Miko Shimoji headed the proposal to adopt a separate and different framework in view of the projected need for high quality nursing care resulting from Japan's ageing population.

The news about Japan hiring caregivers and nurses gave hope to those who are working for minimum wage in the Philippines. Japan, known as one of the best countries to migrate, made an economic partnership agreements with the Philippines (JPEPA) since 2009. Part of this agreement is to allow Filipinos migration to Japan under a certain policy.

The current policy is too strict and thorough. An applicant must undergo language training program in the Philippines for 6 months. She will also need to undergo another 6 months of language training in Japan. Then, one must take the Japanese licensure exam in their respective profession. Candidates who pass the national board examination are eligible to work in Japan indefinitely, renewing their residence status every three years

Olalia said the delegation proposed a new framework concerning the deployment of Filipino caregivers to Okinawa other than the existing EPA where the Philippines can send its workforce, specifically caregivers not only to Japan government institutions but also to private owned health facilities.  Shimoji said Okinawa has hospitals and facilities ready to accept fifty (50) caregivers for 2017 and the demand is projected to increase over time as the population declines, giving Japan an old-age society where demand for nursing care will be greater.

The delegation also wanted to expand the scheme to include fourth (4th) generation Japanese descents and bring them to Okinawa for training as caregivers.

Olalia said he welcomes any alternative way to ease recruitment and deployment of nurses and caregivers to Japan.

He expressed willingness to pursue the proposal and recommended to sit down with the representatives of the Japanese government, especially of Okinawa, to discuss the program details and draft a Memorandum of Understanding.

Shimoji said Okinawa will identify facilities that are available and the language education program in Japan.

Both parties decided to assemble a small group of POEA officers and delegates from Okinawa to work on the details of the proposal to facilitate a faster and easier deployment scheme for Filipino caregivers to Okinawa.

Since the implementation of the EPA in 2009, 506 nurses and 1,403 care workers were already deployed to Japan with 106 nurses and 176 caregivers passing the board examinations.

We are crossing our fingers that this will be implemented as soon as possible. Caregivers from Israel who cannot extend their visa but has much of experience in handling Elderly patients are perfect candidates for this job.