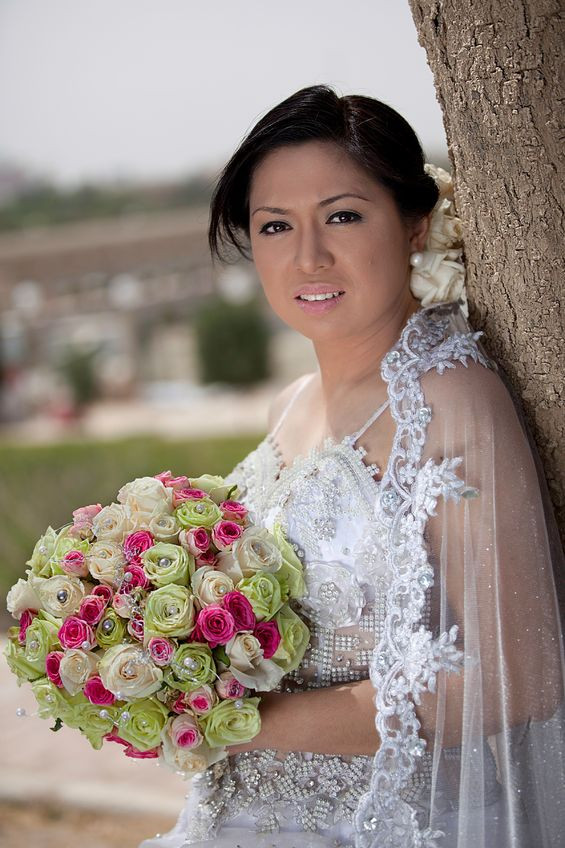 It was my curiosity that led me to ask a few who are married to Jewish Israelis, merely to satisfy my curiosity. Because of the threat of deportation, marriages between Filipinos and Israeli Jews, also Israeli Arabs is on the rise, and not everyone is dancing on the street about it. The article is divided into two parts: Marrying a religious Jew and Marrying a non-religious Jew. I might also write an article of pinays marrying Arab Israelis if given the chance.

By religious law, Jewish people are not supposed to marry non-Jews unless they convert to Judaism. But with the advance of technology comes globalization and human relationships are not exempted from this phenomena. More and more Jews are having interfaith marriages. Herein arise the problem between human relationship, religions and culture in this country. Since the beginning of time, the constant change of religious and political ideologies has shaped the norms of society. Judaism in the land of Israel is one of the few exemptions from this constant change. The Israeli government adheres to the laws of Judaism which has withstand the test of thousands of years which I guess is due to their extreme exclusivity hence the big dilemna when there is a union between a Jew and a non-Jew in this freedom loving era. Jews are married only by rabbis subject to traditional Jewish laws. And it was only during 2010 that civil marriages are allowed in Israel provided that the bride and groom have a declaration that they are not affiliated with any religion. Strange… atheist/agnostics can get married in the Holy Land!

I have asked several Filipinos married to Jewish Israelis about their life and here are some answers to my inquiries. (The answers were originally in tagalog so I did my best to exactly translate the answers in english the way they said it.)

Unfortunately, I only met one Filipina who is married to a Dati (religious Jew). Ate Lita (she has adopted another Jewish name) is a convert. She hails from northern Luzon and speaks ilocano. She arrived here 21 years ago to work as a caregiver and love came knocking when she was about to decide to go back to the Philippines. She converted to Judaism to marry her husband who is a Dati (Religious Jew). She's now married for 11 years with 2 kids. I met her when I went walking one hot summer evening. She was dressed in a long skirt, long sleeves and her hair was covered and except for her undeniable Filipino features which has caught my attention that I just stared, she just might be a true blooded Jew. I just stared at her until she smiled and spoke in tagalog. I heard that some Filipinos do convert but to meet one simply amazed me. I cannot resist but ask her if I can ask walk with her anytime she is available. And after a week she called me to go walking. I managed to pry some answers from her. She was accomodating but very reserve to my inquiry…

What was the first thing that you have to undergo before you were able to get married to your religious husband? “I needed to convert to Judaism to become a Jew” and smiles at me as if that answers the whole question.

Can you tell me anything about the conversion? “ I can't remember anymore... but what I feel that time.. I was really scared with all the of possibilities that might happen. Am I making the right decisions? What if my husband desert me where will I go? You know, there are so many relationship between Pinays and Israelis that end up really bad”.

Was it hard to convert? “ My whole life was turned upside down” said with a laugh. “ I needed to learn the Jewish culture, the beliefs, immerse myself in the Jewish community, attending regular worship, the rituals for shabath, the Jewish Holidays. There is even an exam about Judaism that I had to passed or else... Everything was new and everything that I took for granted before is not possible anymore. I was scared”.

Was there a time that you thought of quitting? “ The process of conversion was very, very hard emotionally because I have to severe my ties to my family in the Philippines but because deep down inside me, there is an acceptance of my fate so.... I have only to look at my husband and kids now.” Wow.

Do you have any regrets? “ I have no regrets because I accepted it. But honestly, there are times especially when I am encountering problems regarding my authenticity as a Jew, I cannot help myself.”

Are there things or occasions that you miss when you are still a non-Jew? “Yes, sometimes I miss alamang and bagoong” she said with a laugh. “ Especially when I see green mangoes, I drool with memories”. I wanted to ask if she missed balut too.

How does your Jewish community treat you? “ Not everyone is happy with a convert” said with a smile.

Are you happy and contented with the life you have chosen? I felt she hesitated before she said “Yes, of course I am. My two kids are growing and life goes on.” And on that she said goodnight else I will ask more personal questions. We spent less than an hour walking and I would have like to ask more although I have excluded some very personal answer. Whenever we met on the street while I was still working near her, we only exchange smiles anymore. I guess, she is now truly Jewish and we have nothing in common anymore. After all, I am a gentile representing the things she renounced. According to a rabbi's blog, once one become a member of an eternal covenant with God, there is no way out. Like a white cloth immersed in a coloring dye, it cannot go back to pristine white again without destroying the cloth and this principle applies to people too.

I have read about how to convert to become Jew and it is a long, long hard process that boggles my little mind. The focal point but not the end of the conversion are the rituals the Jewish people went through at Mt. Sinai: circumcision for males, immersion in a mikvah (ritual bath), and acceptance of all Torah obligations. And throughout all these rituals are supervised by a tribunal of learned, observant Jews. But before doing the above ritual, one has to do a lot of studying like what ate Lita said, her life turned 360 degrees.

Well, each to his own belief. In my own opinion, what really matters most in life is happiness. The kind of happiness that makes everyone happy too transcending religious and political beliefs.